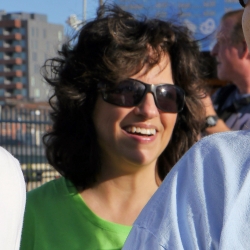 Kim is the parent of someone in long term recovery, which led her to explore the impact of addiction on individuals and their families.

Kim earned a Bachelor of Science in Journalism at West Virginia University, with a concentration in public relations. She was proud to serve as WVU's student body president in 1982-83. Kim started out as an advertising account executive at a newspaper, then learned the graphic design trade while working with her mentor and friend, Chuck Moran, at his design firm in Charlottesville, Virginia. Kim worked as a graphic designer and marketing consultant since 1985.